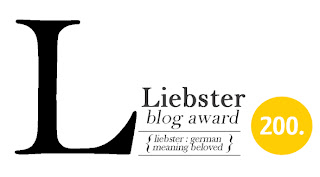 Another part of accepting the Liebster Award is sharing 11 random things about myself. I think I’m a pretty open book so some of these things might not surprise you! But I’ll try…