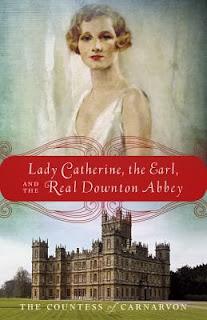 Dire straits.
It’s all relative isn’t it? Last week, I read a pretty heartbreaking ethonographic piece in the New York Times about a girl, Dasani, growing up homeless in New York City, one of the richest cities in the world. Here, in America, a young girl, one of many, is living in what amounts to third world squalor, through no fault of her own. She had the misfortune to be born to a lesser station, we might call it.
A long time ago, I read Dick Gregory’s autobiography. I must’ve been in middle school when I read it and all these years later, one sentence from that book has stayed with me. Dick Gregory’s mother used to say, “we’re not poor, we’re broke.” That’s an optimistic perspective on personal wealth and livelihood, don’t you think? As if the lack of money were a temporary situation. For a lot of people, it might be a passing cirucmstance but for too many people, it is a permanent condition. There are a lot of reasons why someone might be poor, or broke, for that matter–some within a person’s control and some beyond her control.  It really doesn’t matter anyway.

What matters is how we treat poor people.  Dasani is poor through no fault of her own, but she is being punished for the sins of her parents, so to speak.  But her parents too were punished for being born into a dysfucntional family, a dysfunctional environment. So, where does it stop? At what point do we offer a chance to break the cycle of extreme poverty? It cannot, in good conscious, always be left up to luck. When we raise up the poor, we raise up ourselves. I realize I could and should write more about this instead of leaving it at this but I have conflicted feelings about how exactly we should alleviate the problem of poverty in America. Politically, I lean left but sometimes I find myself tilting slightly right which is confusing for me. On the one hand, I’m all for social programs but on the other, I’m a firm believer in self-suffiency. I’m compassionate enough to understand that one begets the other, though and realistically, it takes a tremendous amount of resources to effect the kind of social change that will raise up a people.

2 thoughts on “Pull Up The People”