“I always want more,” my friend Ann told me, about my blog posts. I wanted to ask, “what more? more what?” but I never got around to it. The truth is, I like to write and I like to share but I don’t like to share a lot or share everything. My life is so entwined with the lives of others’ and I feel… weird about writing about details that involve not just me, but others, too. It feels like an invasion of privacy and also, I am pathologically afraid of judgment.
I want to put myself out there but I fear judgment, a lack of understanding. I have surprisingly thin skin. You’d think I wouldn’t, that being teased mercilessly or having not a lot of friends growing up would’ve given me thicker skin. But it’s done the opposite. When I find acceptance, I want to keep it that way. I am loathe to do anything that would take that away. Sometimes, I wonder if I should give people more credit, if I should give myself more credit.
I really admire people that are able to put their whole selves out there, writers that are not afraid to tell their story. I wonder how they do it. I wonder if they ask permission first from everyone in their lives, or if everyone just knows that being friends or being related to a writer makes you fair game. And yes, I’m not afraid to call myself a writer. It’s one of the few things that I can do well, but it’s also something I could better if I could bring myself to share more.
And the thing is, I could just journal all this privately, and wouldn’t have to worry about what people think or make anyone mad or feel bad. I won’t lie, though. I like to have an audience. What writer doesn’t? I like the opportunity for engagement, I like seeing my words out there, even if they lack substance sometimes.
I’ve thought a lot about not blogging at all, just shutting the whole thing down, getting off Twitter and Pinterest and whatever other social media outlet I waste time with. In the beginning, social media sites like Flickr and Twitter were relatively small communities and it was easy to connect with people (heck, that’s how I met Henry!) But now, the communities are large and have become little more than marketing tools for people with ad-supported blogs or other businesses. Sure, I follow a lot of interesting people on Twitter but I have nothing of myself to contribute and I wonder if I wouldn’t get the same information if I just read the news everyday. I don’t even use Pinterest for social networking. I just think it’s a neat way to clip ideas from all over the internet and have them all in one place, and accessible from wherever I am.
That said, I’m probably not going anywhere. I guess I don’t mind being an observer and I like to keep tabs with what’s going on out there. But it’s in here that I’m more concerned with. I think there’s a fine line between sharing and oversharing, and I’m confident that I know where that line is. I just need to summon the courage to toe that line. 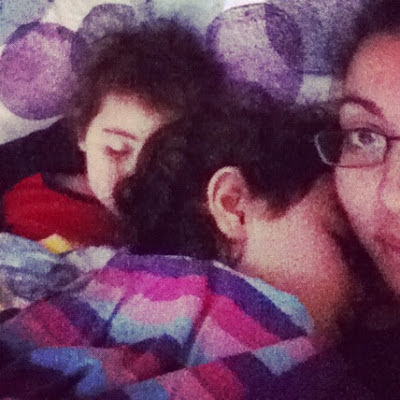