{Don’t forget to enter the giveaway for a free copy of The Good Mother Myth! See that post here: http://realnani.blogspot.com/2014/01/GoodMotherMyth.html} 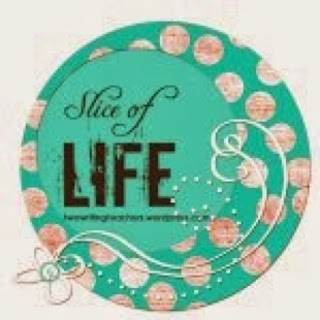 This weekend, Micah and I snuck away to Northampton for the express purpose of attending the book release party for The Good Mother Myth but I admit, the prospect of flying solo with only one, extremely portable, baby in tow was pretty exciting. Micah came along because he’s good company and well, we’re literally attached at the hip and boob. Together, we wound our way up 84 and 91, battling the cluster-eff that is Hartford traffic on a Friday, and of course, it didn’t dawn on me until it was too late that I should’ve left Redding MUCH earlier because of the long weekend. But my road weariness was combatted by a warm welcome at Sovina and Mike’s, and aromatic chicken from Great Wall. (You’d think good Chinese would be hard to come by in a small town like Northampton but you’d be so wrong.)
After dinner, Sovina and I headed out, with Micah in tow, to the book release party at Hinge on Main Street. The place was packed to the rafters with supporters of and contributors to this wonderful collection of writing featuring an impressive roster of feminist names, and how awesome that my friend Tara is among them, and that my friend Tamara was the official photographer for the event. I was pleased as punch to run into some NoHo and Greenfield friends, including my IRL friend and fellow blogger, NJ.
I don’t know how I never noticed this before but before apparently, in crowded NoHo bars, thirsty people line up, all civilized-like, at the bar, to order instead of wedging themselves between two barflies to flag down a bartender. (By the way, did you catch that scene in Girls when Shoshana’s new man friend takes two beers from behind the bar? Never happen in real life without a beat down, never.)
After the readings were said and done, and Micah clearly had enough of the loud scene, we headed back to Sovina’s for pajamas and one last beer before bed. My plan was to leave in the morning after breakfast.
Sovina fed me breakfast (egg and tomato on toast, so simple, so perfect) and plied me with hot coffee before I headed out to pack up the car. The light flurries coming down morphed into heavy, wet flakes by the time I went back inside. At Henry’s behest, and with Sovina’s blessing, I abandoned my plan to leave. Two bonuses came with this plan: I got to have lunch with my friend Rachel, and I got to go to a birthday gathering at our friend Mike and Tom’s. Rachel and I had a deep conversation about living with disabilities that sparked an idea that I’ll share with you soon enough.
At Mike and Tom’s, there was a baby convention happening–Micah got to chill with a cool dude and a pretty lady all around the same age as him. I had a brief and awkward fangirl moment when I discovered that the editor-in-chief of a major online magazine was in attendance.
The next morning, I really did have to leave. The two hour drive is not long, no but just long enough to make me wish I were already home. I resisted the urge to stop at Ikea and instead, pushed southward, the refrain from Homeward Bound playing in my mind as I wound down the country roads that lead back to the cottage on Deer Lane.
There’s nothing like coming home to two excited little girls, one of whom tells you she slept on your side of the bed so she could smell you. Oh, I remember that feeling so well from my own childhood, I do.
A weekend away does a mother good and a sweet homecoming does her even better.