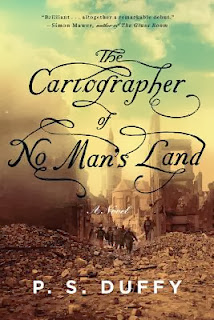 I confess that I am not yet finished with this month’s From Left To Write book. It’s amazing how much reading slows down when a third child is thrown into the mix… But in any case, I’ve read enough of The Cartographer of No Man’s Land to know that I like the book. Some good themes have emerged in the few chapters I’ve read so far but the one that speaks to me most is fate. As usual, I am drawn to the idea that the universe has a plan for us, and we can question it, we can try to subvert it, but what will be, will be. That is not to say there is only one direction laid out for us. There are many… I apologize in advance for the trite and corny analogy but life is kind of like a Make Your Own Adventure book. (Told you so. I’m very sorry!)
It’s not that every decision I make is fated, but that fate has brought me to the crossroads and what lies ahead is meant to be, even if I can’t see that far into the future. I confessed to my sister last week that when my husband and I finally sold our apartment, we realized that we could’ve moved back to Western Mass. In this crossroads, there was a sign pointing to Redding, Connecticut and another one pointing to Northampton, Massachusetts. We chose Redding, or maybe Redding chose us. I don’t really know. But now, after the fact, I look around sometimes and say to myself, “I live in Connecticut. Connecticut.” I never in a million years would’ve thought I’d end up here. I heard stories about Georgetown (a section of Redding), from my mother, growing up but it was an abstract place, a far away place, and it was in Connecticut, of all places. Slowly but surely, we’re mapping out our new life here. We’re still not home– a rental can never really be home but we’ll come to that crossroads soon enough, I’m sure.
But here I am. Here we are. Raising our children in a place where wood smoke curls out of chimneys, the sun rises over a foggy marsh, deer dart across the yard, the pheasants leave long trails in the snow and gunshots echo across the wetlands.  Oh, Connecticut.

This post was inspired by The Cartographer of No Man’s Land by P.S. Duffy. Angus enlists in the Nova Scotia WWI regiment and travels Europe to search for his missing in action best friend and brother-in-law. Along the way Angus discovers more than he ever wanted to know. Join From Left to Write on November 14 as we discuss The Cartographer of No Man’s Land.  As a member, I received a copy of the book for review purposes.

3 thoughts on “The Crossroads”