I’ve never picked a word of the year before but in keeping with my goal to be more introspective this year, I’m inspired by Thien-Kim at I’m Not the Nanny and NJ at A Cookie Before Dinner to adopt a word as my mantra. 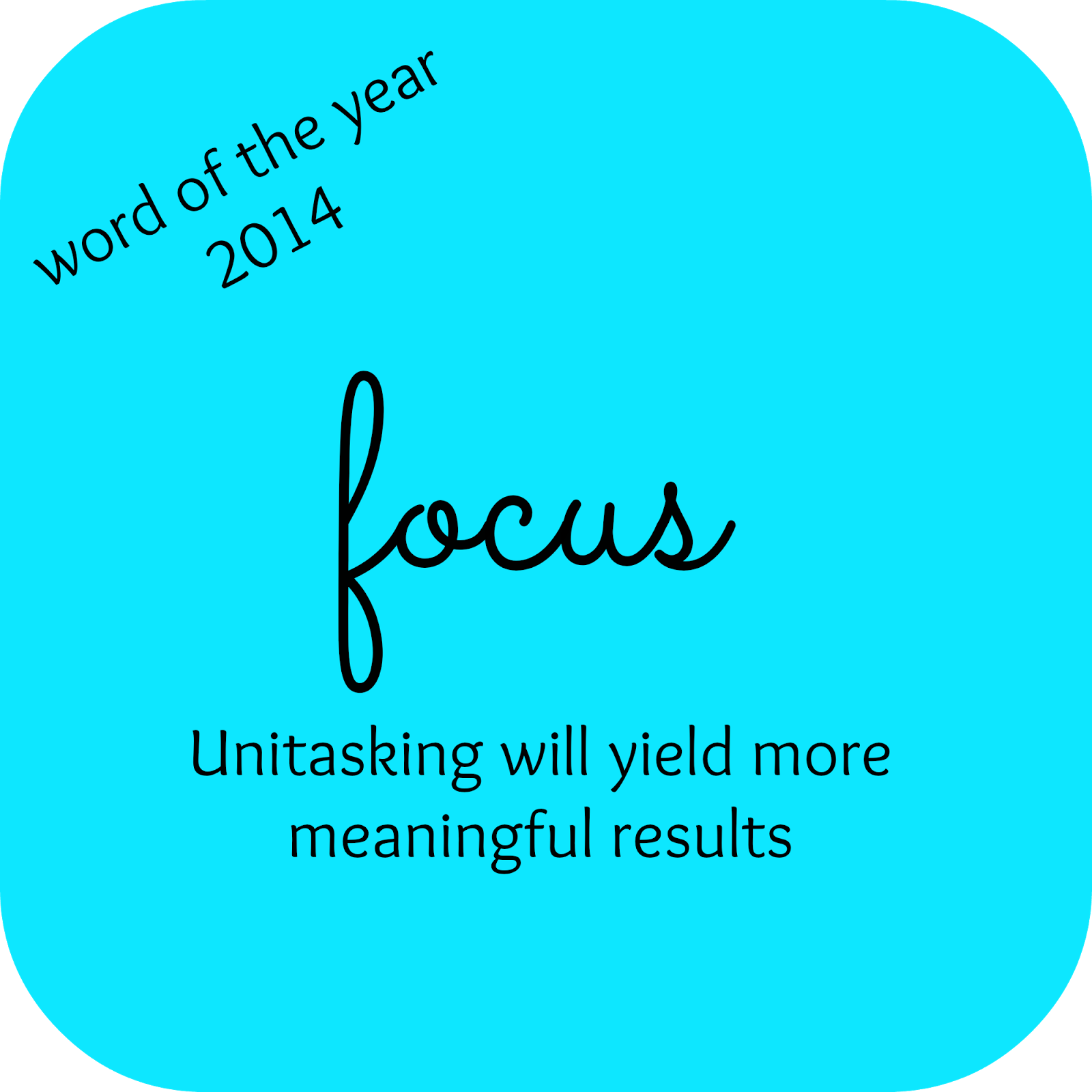 I often admonish Stella, my three year old, to FOCUS when we are trying to accomplish a task like getting dressed. She bounces like Tigger and is easily distracted by little things like the cat walking into the room or even just by her own belly button! But I’ve come to see that I could use the same admonishment myself. At the very least, I always have my phone with me, no matter what I’m doing. It’s probably no surprise to anyone that Facebook is my biggest source of distraction but I also have tendency to perform different household chores at once–like stirring a pot while also emptying the dishwasher while also making a snack for the kids. It’s crazy-making and I do find that I get more done, and at better quality when I focus on a task until it’s done, plus I feel much less stressed! I don’t want to be the type of person that needs to have a million things going on at once. I want to be the type of person that sets out on a task, and completes that task before moving on to the next thing.
This requires a behavior change, and if you notice, in the previous sentence, I wrote “I want to be the type of person…” As I wrote it, I realized it was no accident! Earlier today, I read a blog post by James Clear on identity-based goals and he says that if you want a goal or habit to stick, you have to start by thinking of yourself as the type of person that accomplishes that goal. Makes total sense to me.
Focus. That’s my word of the year. What’s yours? Leave a link in the comments, and I’ll come by to support you!